Why you need a women’s sponsorship – not mentoring – programme

While women have more access to the boardroom than ever before, it is undeniable that for many, the keys to the C-suite remain tantalisingly out of reach. With outdated gender roles increasingly unwelcome in the modern workplace, and so many male executives and directors nominally on board with female leadership, why do so many women still lag behind?

Despite accounting for 50% of the global working-age population, women only generate 37% of GDP [1]. By the time they reach the upper echelons of their workplace, women are more likely to be in roles that are expertise-focussed and are less likely to have broad responsibility for projects or P&L. This is a missed opportunity for organisations: a recent study found that an increase of 10% or more in representation of women in key executive positions leads to a 6.6% increase in market value, and the appointment of a female CEO leads to a 5% increase in company market value. [2]

Sponsorship, formal or informal, plays an important role in how individuals advance within their organisations. Research shows that men in general are 25% more likely than women to receive sponsorship. Additionally, senior-level men are 50% more likely to have a sponsor. [3]

Without a sponsor’s advocacy in senior executive circles and closed-door succession discussions, women are not always equally considered for opportunities. One way of closing the gap is to provide female-focussed sponsorship programmes in the workplace. But sponsorships take time, are built on trust, and need buy-in from the sponsors. Let’s take a closer look at what this entails.

Why sponsorship of women is critical 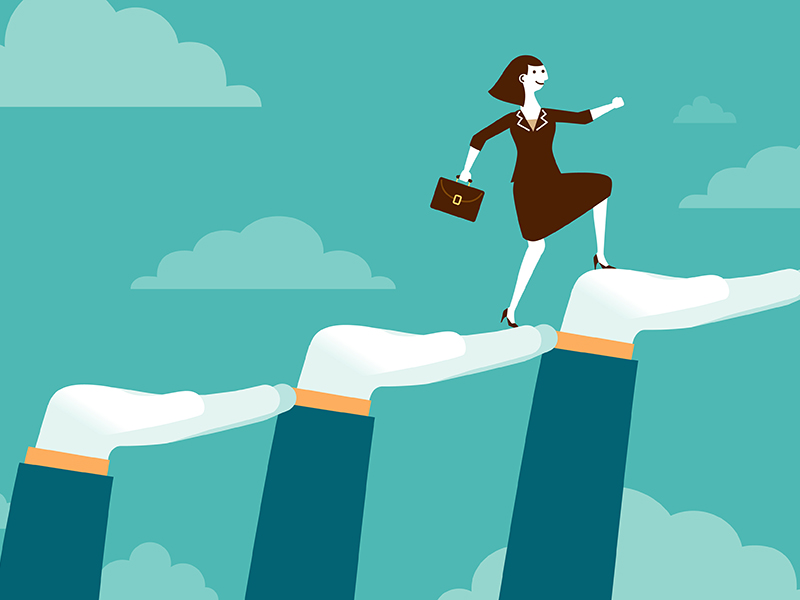 In many ways’ sponsorship is something that arises organically in the workplace. Traditionally, it occurs quite informally, with senior decision-makers advocating for certain members of staff over others. But men tend to be the primary beneficiaries of these informal relationships, for complex, often subconscious reasons.

Executives are human beings like anyone else, and like the rest of us are naturally more drawn to people who resemble them. When executives are predominantly male, they are more likely to sponsor other men. This unconscious bias can lead to a situation where powerful men often informally advocate for other men, and women find themselves side-lined. [3]

This is why a formal, female-centred sponsorship programme is key to redressing inequalities in the workplace.

What, then, is sponsorship and how does it differ from mentoring? According to Herminia Ibarra, an organisational behaviour professor at London Business School: “While a mentor is someone who has knowledge and will share it with you, a sponsor is a person who has power and will use it for you”.[3]

A sponsor, on the other hand, actively aims to gain visibility, reputation and ultimately career progression for the sponsoree, using influence and clout to connect their sponsoree to high-profile assignments and to champion them to senior audiences. So when a sponsor seriously advocates for a beneficiary, their reputations are entwined, and the sponsor is personally invested in their protégé’s success in a way that a mentor isn’t. This makes trust a prerequisite for a sponsorship relationship, and it is not possible or advisable to sponsor a stranger.

However, sponsorship and mentorship are not completely distinct, and are best thought of as two ends of a spectrum. Ibarra prefers to think of them as part of a scale of private to public relationships, with traditional mentorship being a more or less private arrangement, and full advocacy of the sponsoree at the most ‘public’ end of the scale.

A potential sponsor generally would start as a mentor, lending their expertise to provide insight and advice. This initial stage allows trust to build between the two parties, so that the mentor may eventually become a sponsor, sharing strategic advice, insider information or making helpful introductions. Eventually, when the sponsor is more comfortable being publicly associated with a protégé, they may actively advocate for promotions. Ibarra has found this approach more effective in promoting women to potential sponsors as it allows relationships to build naturally and over time. [3]

The responsibilities of a sponsor 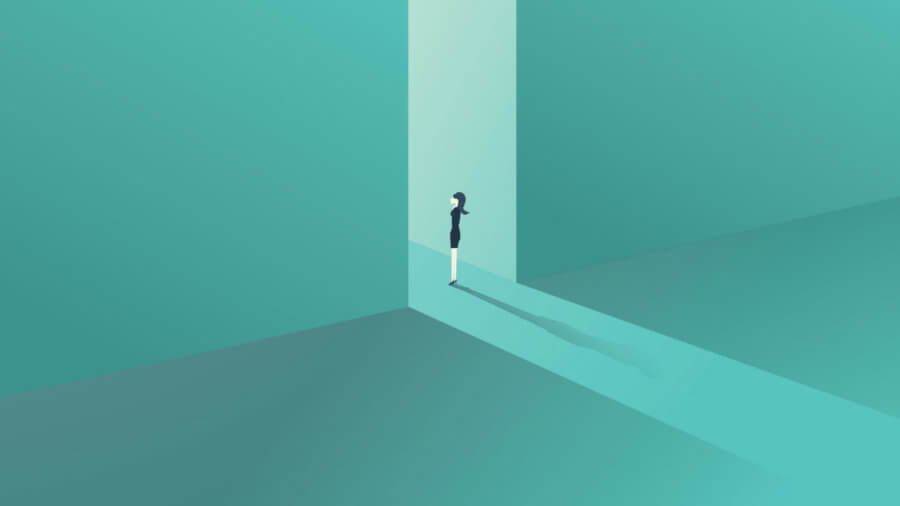 The sponsor has a range of responsibilities that include aspects of mentorship as well as direct help and advocacy on behalf of the sponsoree. They generally fall into the following categories:

Keep them in the loop

Invite the sponsoree to meetings so they can learn through observation and share valuable information such as opportunities they may not know about. Get them in the same room as senior members of the organisation to build recognition.

Teach them the (unspoken) rules

Impart knowledge by sharing insight gained from situations the sponsoree would not have been exposed to at their ‘pay grade’, and broad their understanding of the organisation by providing context from outside their work silo.

Show the sponsoree how to course correct when it is beneficial or essential to their future success and provide frank feedback.

Only provide constructive criticism in private, and publicly support the sponsoree in talent reviews and succession planning discussions.

Raise their profile and visibility

Reinforce the sponsoree’s achievements in conversations, as well as in more formal settings, and put the sponsoree forward for high profile assignments.

Make targeted introductions to respected individuals and help the sponsoree understand how to nourish these important relationships.

“Her Sponsor has opened her mind to look for future long-term evolution, to see how a big company works, enrich her general knowledge and given her contacts in other areas out of her delivery area…. The program has opened those doors for her by having Kim as the sponsor. See’s been able to open doors directly to senior leaders and she’s then followed it up and talked to their direct reports. It’s really helped expand her network and she has made a name for herself which is good.”

Effective sponsorship programmes take time to build, but the potential rewards are great. With proper implementation, they can lead to better engagement, innovation, and employee satisfaction in the workplace – not to mention they’re the right thing to do. However, poorly or half-heartedly managed sponsorship programmes are a drain of resources and risk raising unrealistic expectations. Careful thought, planning and matching of sponsors and sponsorees is critical to an effective outcome.