Gender quotas are coming – are you ready?

After 10 years of debate the EU has recently voted to mandate quotas for women in leadership roles in EU companies.

The legislation is expected to be passed by the European Parliament later this year, giving companies four years to move from the average of 30.6% of women on boards, to the new quota of 40%[i].

What will the new laws require?

From June 2026 companies with over 250 employees will be required to ensure:

The proposed legislation comes with tough penalties for non-compliance, including fines and annulments of board appointments.

What does this mean across the EU?

Compliance with these new quotas is going to require concerted effort across the EU. Kantar’s latest Gender Diversity Index shows huge variation in gender equality in corporate leadership across the EU and EEA. 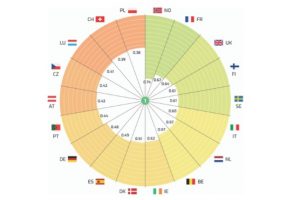 France is the only EU country to currently exceed this threshold, with 45.3% of seats on boards occupied by women, while Norway (part of the EEA) has 41%. Whereas Cyprus, has by far the largest gap to address, with only 8.5% women on boards.

In short, Yes, quotas help to move then numbers. It is no coincidence that the only two countries already exceeding the 40% threshold – France and Norway – have had quotas in place for 10 years and 16 years respectively.

France moved from 10% to 45% women’s participation on boards in 10 years, while Norway’s much more aggressive implementation window saw a 35% increase in seven years. Even in the UK, where a more modest voluntary target approach was taken in 2011, women’s representation on boards has tripled in 10 years from 12.5% to 36.2%.

It’s the old adage what gets measured gets done. So why should gender balance – now definitely shown to have quantifiable financial benefits for businesses – be any different?[iii]. And when targets are public, it adds a healthy level of competition to spur progress even more.

But what about the ‘quality’ of appointments?

This is an argument we hear all too often from those worried about over-fishing from a (presumably) small, qualified candidate pool and diluting the expertise and capability in their most senior roles.

These concerns do not manifest in reality, as the experience in Norway demonstrates powerfully. Researchers measured company stock performance from the period 2002 – 2008 (before and after the quotas were introduced in 2005) and found:

These findings serve to categorically undermine the naysayers and sceptics.

What to watch out for?

If you ask any woman whether she wants to see quotas in her company, most will give a resounding No. Because no woman wants a situation where bystanders might question whether her hard-earned promotion was earned, or whether it was actually a result of a quota system. Similarly, few men are wild about the concept and what it might mean for them.

Importantly, when targets are implemented in the absence of a wider cultural programme of inclusivity, their effectiveness is significantly limited. Without changing the leadership role modelling and behaviours that set the tone for the organisation, and without addressing the underpinning gender stereotypes and barriers that hinder women’s progression, targets become little more than tokenistic.

What to do now?

Without a deliberate and focused strategy, many organisations will find themselves falling foul of the new quotas. Meaningful progress towards gender equality requires a multi-faceted approach. We advise organisations to address six elements on their change journey:

If you’d like to discuss how Shape Talent can support you on this journey do get in touch.

[i] Women on boards: deal to boost gender balance in companies. https://www.europarl.europa.eu/news/en/press-room/20220603IPR32195/women-on-boards-deal-to-boost-gender-balance-in-companies