With the effects of the pandemic having pushed many businesses into crisis, the number of turnaround, high-risk leadership roles is set to rise. But the ledge of opportunity is often a glass cliff for female and minority candidates. What can candidates and organisations do to guard against the glass cliff phenomenon?

From glass ceiling to glass cliff

The term glass cliff – an extension of the glass ceiling metaphor – was first coined by Exeter University professors, Ryan and Haslam, to describe the phenomenon of women being more likely than men to be promoted in firms experiencing a crisis or at risk of failure.[1] In subsequent research of Fortune 500 CEOs researchers Glass and Cook identified that women were twice as likely as men to be appointed to these high risk executive roles and that female executives were over-represented in firms experiencing scandals, turbulence or dramatic changes.[2] These trends are also true for men and women of colour and other ethnic minorities. [3, 4]

Women who do take on these roles more often reported reduced authority and ability to implement strategy, resulting in shorter tenure, higher levels of failure, and a perpetuation of negative female leadership bias. Glass and Cook report that women face excessive scrutiny over their performance – an effect made worse given that women are a numerical minority in corporate leadership positions and are therefore highly visible. They also generally face higher board scrutiny due to the firm being in crisis, and typically as a minority within the board environment, their level of participation, authority and influence is often diminished.

There are plenty of high profile examples of the glass cliff phenomenon – Marissa Mayer, whose tumultuous CEO stint with Yahoo! followed five CEO transitions in five years as Yahoo! struggled to adapt to their competitor landscape. Or Meg Whitman promoted to CEO of Hewett Packard during financial difficulty. General Motors appointed Mary Barra as CEO during a bankruptcy bailout crisis and ignition switch problems that led to the deaths of 124 people.

So why are organisations putting a disproportionate number of women at the helm during a crisis? Existing leadership research from applied psychology suggests that women tend to be preferred over men as leaders during uncertain times. Stereotypically feminine traits – such as emotional sensitivity, morale building capabilities, strong interpersonal skills and a collaborative leadership style – are favoured during a crisis, as we are seeing from emerging research finding women’s political leadership being associated with fewer deaths from the covid pandemic. Other research points to decision-makers also being more likely to promote non-traditional leaders during a crisis as a signal to key stakeholders that they are ‘moving in a new direction’.[2]

But why are women taking on such high-risk appointments? Part of the answer is that leadership opportunities available to women are not equal. Research by Bruckmüller and Branscombe found our unconscious biases mean that during times of stability or success, male leadership is favoured, particularly if men have previously been at the helm of that company. In fact, unless a company faces a crisis, there is generally no trigger for the firm to deviate from its pattern of male leadership. So female executives competing for roles during times of stability face a bias that favours male appointment by 67%, whereas a female leadership bias of 69% was shown when a firm previously headed by men was in crisis.[1]

Interestingly, the glass cliff phenomenon disappears in companies which have historically been led by women. This suggests that as we become more used to seeing women at the top, female leaders will stop being selected primarily for risky turnarounds—and will get more chances to run companies where the odds of success are stacked in their favour.

Yet, we remain some way from gender balance at the top of companies. So while men are generally more confident that less risky roles will become available, women may see these high-risk appointments as the only gap they have to try prove their leadership credentials. In fact Glass and Cook found that every woman in the Fortune 500 CEO sample was asked to take on a high-risk assignments or position of crisis. As one CEO reported:

“I was always picked when there was a problem.. one time we were trying to avoid a union takeover, three times I replaced people who were fired for significant reasons” 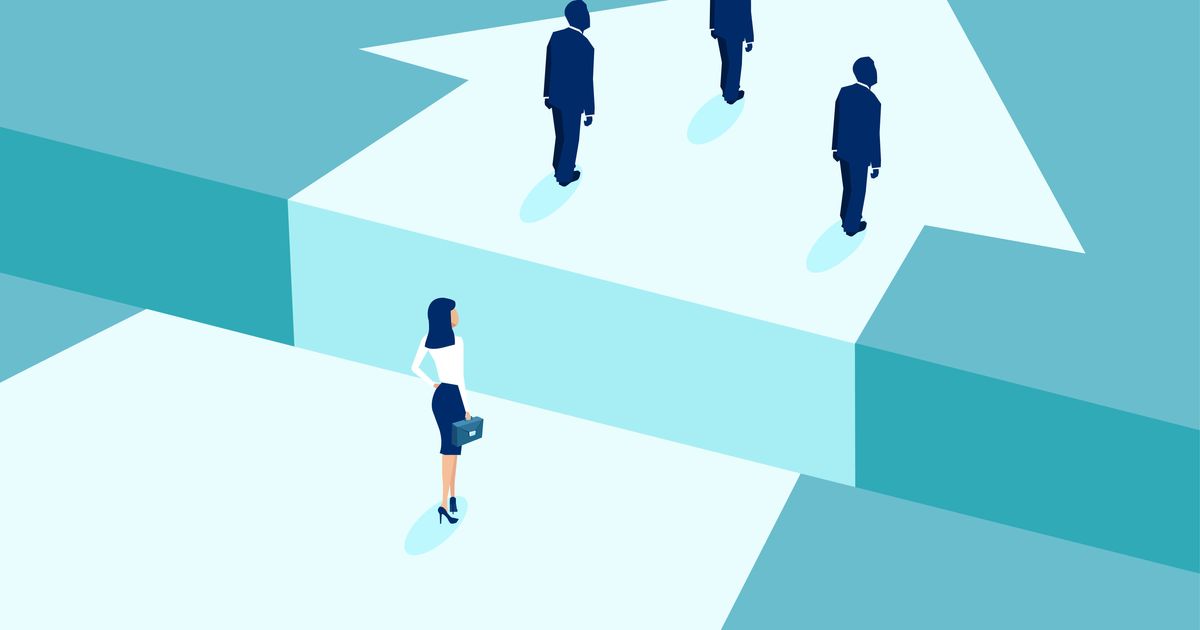 For those who can negate the glass cliff to success, the rewards can be career transformational. Mary Barra’s continued success at the helm of General Motors has secured her the highest compensation of any leader of a Detroit Big Three automaker and one of only two firms in the 2018 Global Report on Gender Equality that reported no gender pay gap.[5] But Barra’s story is the less common outcome for women and minorities who take on these high-risk roles.

Once installed, the women in these positions face a higher level of scrutiny, diminished power to implement strategy and the kind of everyday sexism that proliferates lower ranks. Female CEOs reported a hyper-attentiveness to impression management and expectations on their performance having to be “as close to perfect as possible” at all times, both personally and professionally. One CEO summarised her experience with her (entirely male) board:

“… half of them can’t remember my name or they call me the name of the women of the admin who supports them. … usually … l’m not invited in to some things. I feel very much on the outside of that. It’s an inner sanctum”

Most women appointed into glass cliff roles end up with a shorter tenure (a 2016 study of the Fortune 500 found median CEO tenure for women was 42 months compared to men’s 60 months). Thirty two percent of female CEOs were forced to step down or fired, compared to only 13% of their male counterparts. And perhaps the most telling stat is that after being forced out of their CEO roles only 27% of women remained in the corporate sector – with many moving to non-profit work, whereas 67% of the men continued to serve on corporate boards.

Check points for candidates – how to sidestep the glass cliff

For women who are looking for that transformational opportunity in their career – what are the things to watch for? Vicky Maxwell of Savannah identifies some useful navigational points for potential candidates: